As there is a general tendency to associate gross human rights violations and repression with parts of Asia, Africa and Latin America rather than the West, it was both surprising and sobering to take part in a symposium entitled Transitional Justice after War and Dictatorship: Learning from European Experiences (1945-2000). 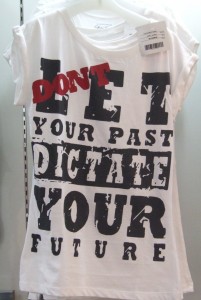 The gathering was convened by the Belgian Centre for Research and Documentation on War and Contemporary Society (CEGES-SOMA), funded by the Belgian Ministry of Foreign Affairs and held in Brussels 23-24 May 2012. Its purpose was to get comments from five practitioners with experience of transitional justice in the South, including myself, on a study of ten cases of transition to democracy in the following European countries: Belgium, France, Germany, and The Netherlands after World War II; Greece, Portugal and Spain in the 1970s, and Germany, Hungary and Poland in the post-1989 era. The study and seminar also set out to identify lessons learned.

Inter alia, my presentation on East Timor concluded that official policies on justice for historic crimes changed significantly during the first two phases of post-conflict government in the new nation. Under the UN, 1999-2002, East Timor engaged with the issue but since full self-government in 2002 East Timor has chosen not to pursue the issue. Interestingly this finding matches several of the European experiences. My presentation also pointed out that several of the countries in the European case studies, e.g. The Netherlands vis-à-vis Indonesia, were victims at home but perpetrators abroad and suggested that this contradiction should also be examined in the study.