Carmel Budiardjo (née Brickman) died in London in July 2021 after a lifetime of service to human rights in Indonesia, Aceh, West Papua and East Timor. Many tributes to her and accounts of her life and work are available online. The following is my brief tribute in words and images based mainly on Timor-Leste’s record of her contribution in its Chega! report. 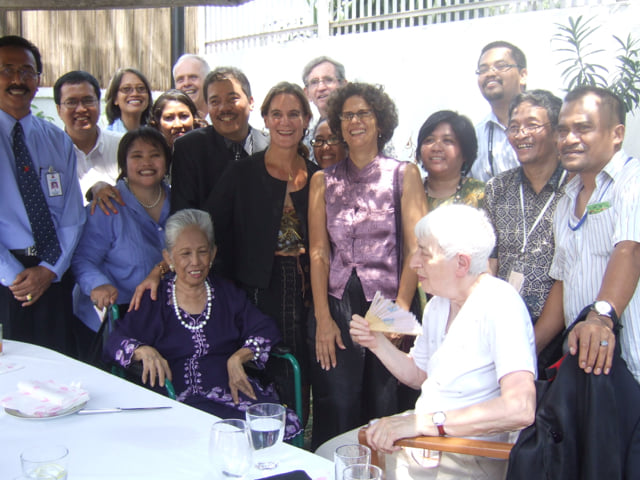 Carmel Budiardjo (sitting right) with Ibu Ade Sitompul and supporters after being awarded the Ordem de Timor-Leste by President Jose Ramos-Horta in Dili on 30 August 2009, the tenth anniversary of the independence referendum.

Many fine and utterly deserving tributes have been published about the legendary Carmel Budiardjo since she died in London on 10 July, 2021, aged 96. Katharine McGregor’s obituary in Inside Indonesia 19 July 2021 is particularly recommended.

In addition to the Timor-Leste government’s affectionate motion of condolence, and before that it’s prestigious Ordem de Timor-Leste in 2009, the country’s most enduring tribute can be found in the CAVR report. Chega! highlights the uniqueness and authority of Carmel’s Tapol bulletin. Unique, because its ‘regularity, longevity and professionalism’ made it an essential pre-internet resource on East Timor. Authoritative, because Carmel was one of the few foreign Timor activists who spoke Indonesian and knew Indonesia well. 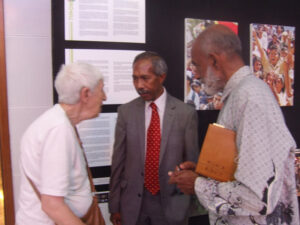 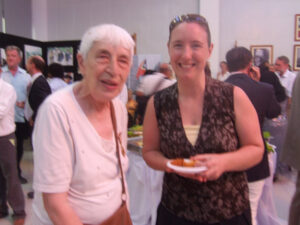 Carmel and Mayra Walsh at the post-award reception.

Chega! also points out Carmel’s productive collaboration with Indonesians, notably with Liem Soei Liong. Inter alia, they co-authored important books on East Timor. Liem’s contribution should not be forgotten. At the Permanent Peoples Tribunal in Lisbon in 1981, Liem and Jusfiq Hadjar were the first Indonesians to openly oppose the Indonesian occupation and support independence for East Timor. As punishment, the Suharto regime blacklisted both from returning to Indonesia. Chega! reports that Liem denied that he and Carmel’s work was undertaken to advance the interests of the Indonesian Communist Party (PKI), an excuse used by Indonesia and some to discredit her work. Liem’s daughter, Alexandra Van den Bergh, worked at CAVR.

Carmel, 80 years old but still on the job: meeting at CAFOD in London, 2006, to discuss the CAVR report with me, colleagues from CAFOD, Progressio, Amnesty International and Paul Barber (right), Carmel’s right hand man at TAPOL for many years.

I valued Tapol bulletin, exchanged material, brought Carmel to Australia to testify in the 1982-83 Parliamentary inquiry into East Timor and visited Tapol more than once. The last time was with Annie in 2006 (see photo) to discuss responses to the Chega! report, but Tapol was more focussed on West Papua by then. In 2009, I caught up with Carmel again in Dili when we were both awarded OTLs. My lead photo here shows her at that time with Ibu Ade Sitompul, another Indonesian not to be forgotten. 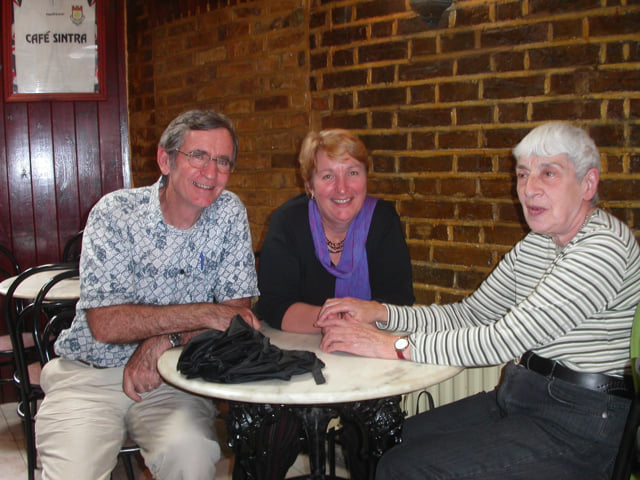