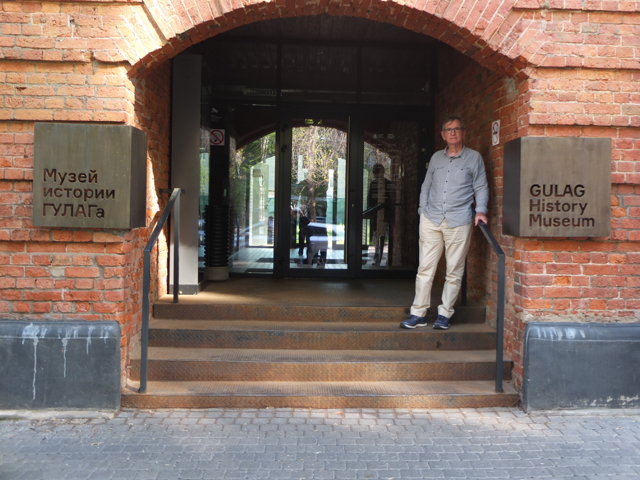 Many of the basic freedoms of so-called enemies of the people were repressed by the Soviet
Union/USSR during its existence 1922-1991. These violations were particularly massive and
brutal during the Stalinist period 1929-1953. They included the exile and death in forced
labour camps (gulags) of millions of peasants, political opponents, members of the
intelligentsia and church; famine and starvation; intense surveillance, harassment and mass executions by the Secret Police and show trials.

During a visit to Russia in May 2018, I had the opportunity to check out, albeit superficially,
how contemporary Russia is dealing with this horrific past. I was surprised and impressed to
see that civil society and the State have chosen to remember, not suppress, these events.

Below is a link to information, images and reflections on seven memorials in Moscow and St
Petersburg that I was able to visit, photograph or learn about. This introduction is offered in
the hope that it will further inspire and strengthen efforts in Indonesia to reclaim and
publicise the truth about its past during the Suharto years and confirm advances on
memorialisation already underway in Timor-Leste particularly through its Centro Nacional
Chega!